With newfound time on their hands, E3 Trails decided to pursue an idea that Steve had been playing with for a while: “we were going to create an Interactive Entertainment Platform which is something that is brand new and an idea that’s been inside me for many years”, he explains.

“We knew that it was advanced and it doesn’t exist anywhere in the world – So straight away we were pushing the boundaries. Therefore, linking with a technological project and grant body like ATI2, which also has a link to the University to help me push the boundaries, was a natural fit for us. It seemed an obvious thing”, he says.

Initially, E3 Trails had ambitions to create a fully Interactive Entertainment Platform for all sorts of venues and all kinds of events, but it became apparent within the early strategy meetings, research and discovery phases with ATI2, that this wouldn’t have been achievable within the parameters of the project.

The innovation project has resulted in the creation of CherryTop Weddings Ltd, a new business which lies under the E3 Trails umbrella and consists of an online platform aimed at the UK wedding market.

The online platform can be used by a wedding couple (or a friend or family member) to design and create a bespoke entertainment experience for their guests to engage with via their mobile and an activity booklet, as well as a digital wedding wall.

“What ATI2 has helped us develop is Moonpig on steroids. You’re not just creating a card, you’re creating a whole booklet now which is personalised by yourselves and supported by a virtual wedding wall where people can upload the information they’ve created from the activities and also add pictures and photographs at the wedding”, chimes Steve.

ATI2 has helped to progress their innovation journey in a number of ways, firstly by providing business innovation support via a dedicated Business Innovation Advisor, named Mike Robertson.

“Mike’s experience from his previous IT world and leaning on him to help us find the right IT partner was critical, particularly when you’re in Cornwall. I know there are more IT companies coming down here but generally speaking the bigger players tend to be upcountry in Bristol running along the corridor to London”, says Steve.

“The other thing that Mike and ATI2 did to help us was to lay out a correct way of going to market to find a partner. So we didn’t just go to Flowmoco [their chosen partner], we created a specification and we sent that out to market and I think Mike and Phil [IT Director at E3 Trails] working together to help turn my words into a spec was critical in the success of getting this off the ground”, he adds.

Like many of ATI2’s clients, Steve found his Business Innovation Advisor and their support network through the University of Plymouth to be “a good sounding board for the business idea”.

“Mike introduced us to some other supporters from the University, particularly in the wedding industry and hotel industry, who we then used subsequently – so actually the connections that Mike gave us has been massively beneficial for us”, he concludes.

ATI2 were also able to reduce the financial risk associated with following through with their technologically challenging idea and E3 Trails was awarded a grant from the Innovation Fund to assist with the development of their Interactive Wedding Entertainment Platform.

“Once sales stopped for E3 Trails, we had no income coming in and we still have the team to pay. A sum of money, a large amount of money let’s not lie, it was about a £20,000 grant for us. It’s a substantial amount of money to allow us to go and invest in new technology… it was a relief and extremely beneficial”, says Steve.

There are a number of successes to celebrate within this innovation project. An entirely new arm of the business has been formed in CherryTop Weddings and it’s not only kept the E3 Trails team busy throughout the Pandemic, but it has created one full-time designer and one part-time marketing job, too.

Although the wedding market was also adversely affected during the pandemic and Steve acknowledges that “ the timing hasn’t been ideal”, CherryTop Weddings have used the temporary lull as an opportunity to turn their ideas into reality, create their online platform, build a sales website and marry-up all their marketing efforts so that they officially launched their service in time for when restrictions were lifted. What’s more, now there is a backlog of weddings and an abundance of potential customers ripe for the picking!

CherryTop Weddings have already received a bunch of heart-warming customer reviews from very happy couples and their wedding guests. The UK wedding entertainment market is their initial focus and once established they hope to spread the love overseas by exploring and expanding into other English-speaking markets, such as the US and Australia, and later on Europe. We cannot wait to see how their business innovation story continues to blossom and grow. 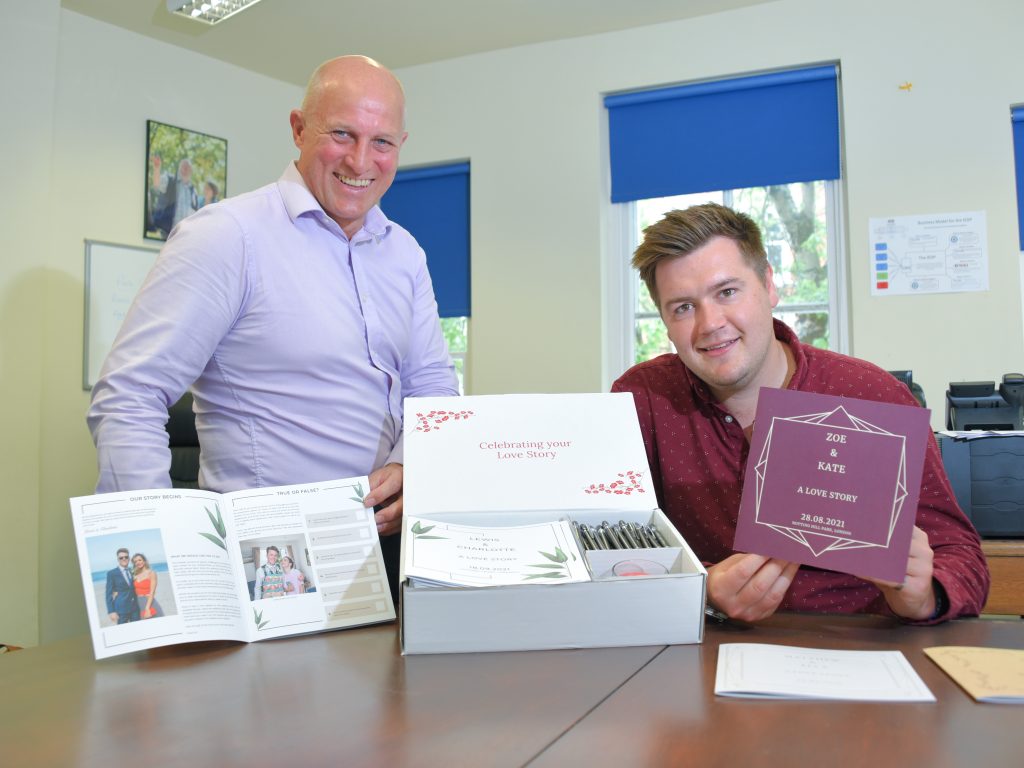 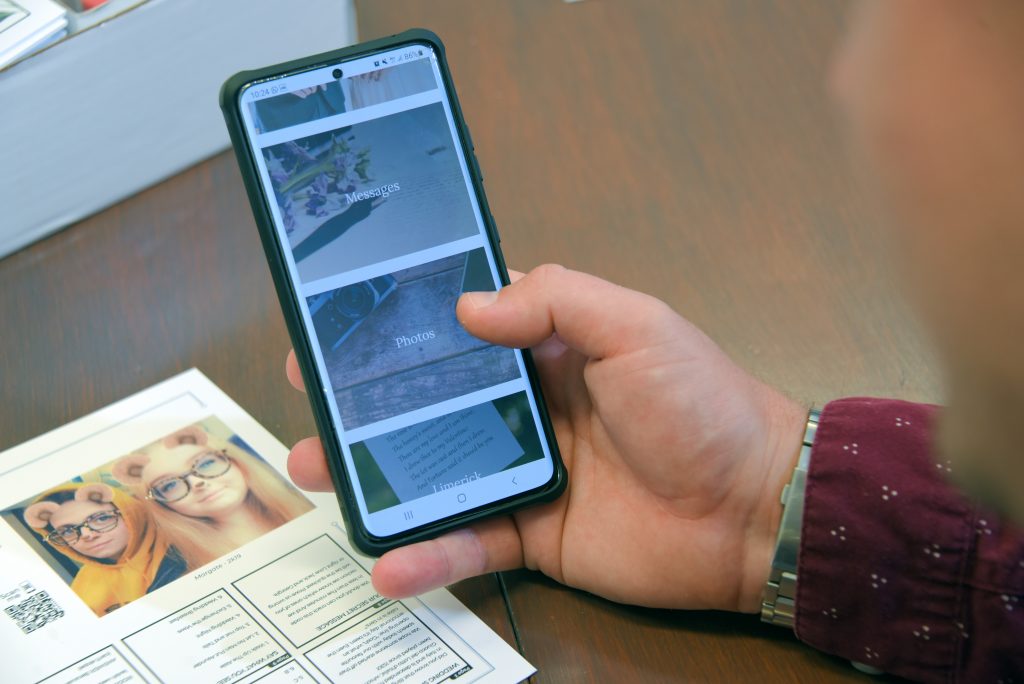 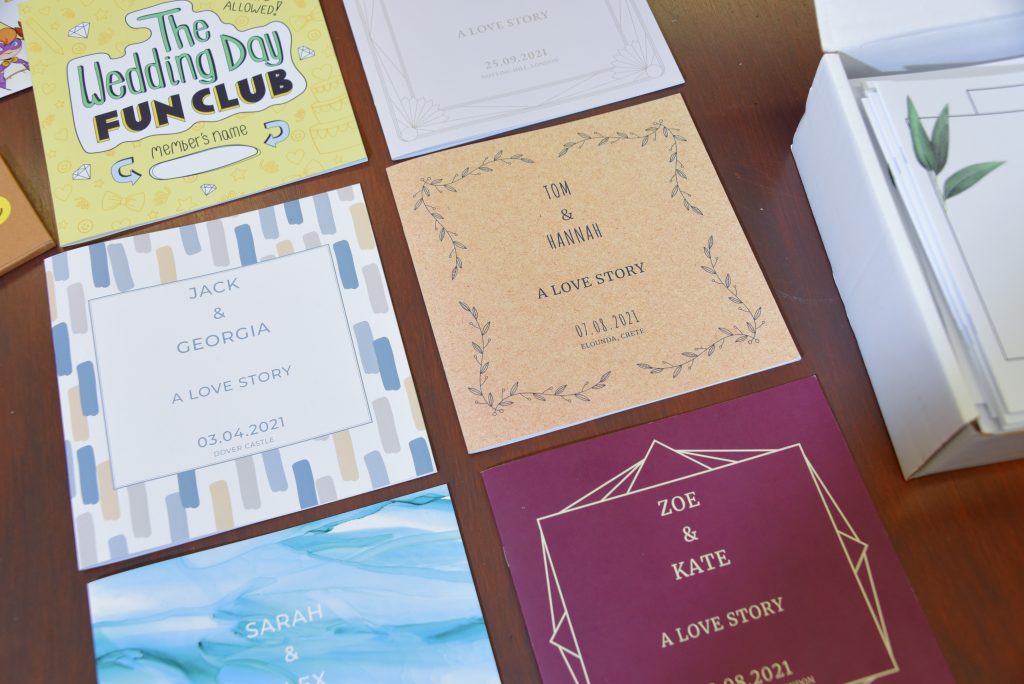 "We knew we had a technological project on our hands, so ATI2 was more of a natural fit for us rather than some of the other funding bodies out there." Steve Ridd MBE, Managing Director at E3 Trails